CIPER (Chile): Restructuring your business model around your community 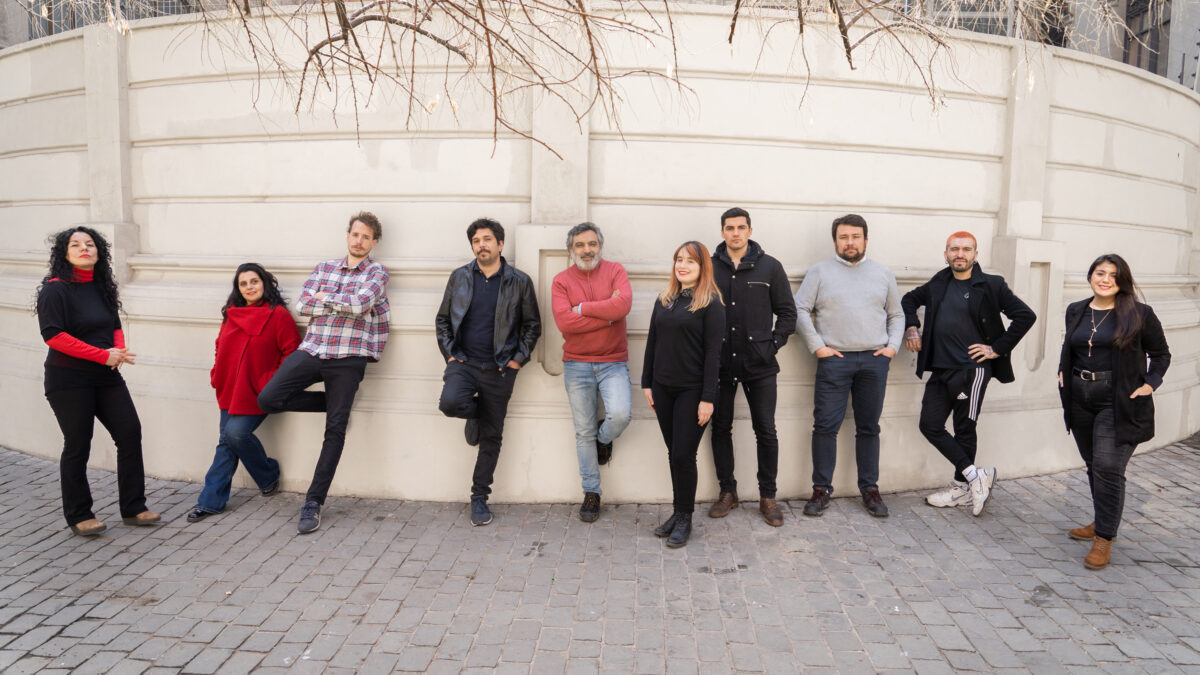 When CIPER was chosen for the Velocidad media business accelerator program, the organization’s membership program was in its infancy. In 2018, the CIPER team turned to its readers for support after the company lost 90% of its funding, which came from Copesa Group, a Chilean media conglomerate. During the first phase of the Velocidad program, the CIPER team conducted a general analysis and and began a multifaceted approach to strengthen the organization’s membership model: They created a sustainability department within the organization, developed a plan for social media, received trainings on digital storytelling, created a search engine optimization (SEO) plan, and launched CIPER’S own customer relationship management (CRM) software. During the second phase of the accelerator, the CIPER team’s biggest challenge was consolidating and solidifying all of the organization’s progress. Most of all, the team wanted to strengthen the organization’s sustainability initiatives.

CIPER’S story is an example of how a media outlet built on social engagement and high-quality journalism solidified its survival by thinking beyond content creation.

The community: A key piece of the membership model  The CIPER team started the Velocidad program with 1,500 members. During the first phase of the accelerator (March – September 2020), that number increased by 81% to 2,900 members. The +CIPER Community offers members access to things including meetings with journalists, talks with specialists and advance notice about upcoming investigations. However, all CIPER content is available to everyone, even those who are not members. With this approach, the CIPER team forms a bond of mutual commitment with civil society organizations and those who can contribute financially without limiting access to the outlet’s content.

Despite having identified and solidified support from the community, the CIPER team had to create a membership program structure that would guarantee revenue growth. Today, 70% of the organization’s income comes from memberships, trainings, third-party content sales, and large donations.

To create a successful membership model, one of the first pieces of advice offered by the Velocidad accelerator team was to create specific staff positions focused on financial sustainability. Pedro Ramírez, CIPER’s director, and Claudia Urquieta, the +CIPER community editor, added new team members to the staff. At the start of phase one of the accelerator, Marcelo Silva joined the team. Silva focused on developing the company’s sustainability department. He also worked on CIPER’s administrative organization and financial projections. During phase two, Manuel Vargas was hired as product manager, Francisca Soto as the membership assistant, and Rocío Palacios as the administrative assistant. Today, there are six people at CIPER focused on sustainability: three part-time employees and three full-time employees. This intentional staff structuring guarantees that any processes started within CIPER are evaluated by multiple people. As with other media outlets in the Velocidad program, creating this new sustainability team has also allowed the CIPER staff to more effectively monitor the organization’s finances, implementing increased financial planning and more accurate financial projections.

Along with this increase of personnel came a growth in technology for the organization. The CIPER team had to reimagine the organization’s work processes to effectively manage the CIPER membership program. Rethinking the membership program required the team to leave traditional membership methods behind and create a new approach, a new system. That is why, the team started using a customer relationship management software developed specifically for CIPER’S needs and those of CIPER’S audience.

To work toward the development of a CIPER membership program, the outlet’s team received tactical training focused on better understanding CIPER’S community supporters. Training about metrics and audiences became key for the organization, especially for Constanza Pastor, who’s responsible for CIPER’s social media.

“We [never analyzed our audience] before. We’d take a look at our followers, but we didn’t develop an [audience] strategy,” explained Claudia Urquieta. “Thinking intentionally about our members made us realize that we needed to use hard data to develop a clear profile of our audience and our members. We’re now redesigning our website, and that new design is tailored to our members.”

During the Velocidad accelerator, the CIPER team also incorporated a product mentality into their outlet’s story production. As a part of the organization’s internal work process, the team now holds joint meetings with the sustainability, social media and editorial teams to design content formats well-suited to CIPER’s audience.

Each of CIPER’s investigations now has a publishing strategy and a campaign to invite new members, as well as a multi-platform distribution plan (including TV and radio interviews, for example) crafted to broaden the impact of the investigation. After the first few stories were published using this strategy, over 100 new members joined the +CIPER program. Due to this internal organization which factors in the product approach, sustainability, and editorial direction, the CIPER team is now more efficient when looking for new audience members and building trust with that audience, so that they become members in the future.

Prioritizing a commitment to the community

After strengthening the staff and establishing a clear focus of attracting more members, the CIPER team set another goal: to diversify its income in order to not rely solely on the membership program. The team decided to hold a large-scale event. “One of the questions that arose from sustainability discussions and planning was how to generate more income for the overall business model,” said Javier Borelli, a strategic consultant for CIPER during phase two of Velocidad. “We concentrated on CIPER’s expertise and visibility during a time of social change in Chile to promote debates on key topics.” The virtual event took place September 4, 2021, with the slogan “Chile cambió el libreto” (Chile changed the script). The event featured a debate with audience members about topics highly relevant to Chile’s political agenda during a time of nationwide change. For the programming, 15 experts, artists and social group representatives spoke with the CIPER team about topics related to Chile’s political and social agenda, including taxes, gender, access to natural resources and drug trafficking. It was an all-day event, starting in the morning and ending after 5:00 PM. Two main goals of the event were to generate additional income and welcome new CIPER members. The results of the programming exceeded the expectations of the team, which had gone through specific consulting sessions related to inviting and engaging their audience for the event. The event attracted 785 attendees, with 21 new CIPER members joining. It also raised US$ 3,400, exceeding the CIPER team’s goal by 15%. In addition to these figures, the event was a way to consolidate the organization’s growth after months of hard work during phase two of Velocidad.

For event admission, the CIPER team applied the same concept that they use for membership and accessing content – attendees were invited to contribute whatever they could financially, so that no one who wanted to participate in the event would be left out.

The CIPER team also diversifies the company’s income through trainings, where they teach the “CIPER Method” to other journalists and citizens alike. Committed to promoting access to public information and civic participation in social issues, CIPER’s journalists always aim to democratize information within Chile. From how to use transparency laws to how to demand information about parliamentary processes, Claudia Urquieta explains that the team’s priority is not to create a certification program for media professionals, but to equip anyone who wants to conduct research based on open data with a set of tools to do so. The launch of CIPER’s new training platform, with instruction provided by current and former CIPER journalists, was planned for the last phase of Velocidad, after the event.

Since the very beginning of the Velocidad accelerator, the CIPER team’s efforts have been focused on guaranteeing the organization’s sustainability without sacrificing journalistic content or perspective. CIPER is known in Chile for it’s high-quality journalism, focused on rigorous reporting and investigation. The organization has a clear commitment to civil society organizations, transparency, fighting corruption, and defending human rights. Currently, its team is made of five investigative journalists: Nicolás Sepúlveda, Benjamín Miranda, Nicolás Massai, Macarena Segovia and Paulina Toro, who are led by CIPER Co-founder Pedro Ramírez. Unlike media outlets that focus on daily news, CIPER’s work concentrates on community and social advocacy.

All growth has one main challenge: guaranteeing that the progress that’s made is able to continue. Both the CIPER and Velocidad teams agree that the organization’s goal now is for the CIPER team to work on its own to continue building on the accomplishments achieved during the accelerator with the guidance of Velocidad’s team of experts.

The CIPER team recognizes that there are four specific goals they must meet to respond to this challenge: maintaining the team built during Velocidad and the new processes incorporated into the organization, continuing to develop the workflow changes that enabled efficient internal management; diversifying income outside of the membership program though events and training, and reaching 6,000 members to sustain the community. Overall, the CIPER team’s goal is to guarantee a sustainable structure for its daily work that will allow CIPER to continue with its commitment to civic society and human rights in Chile. “We don’t want to get stuck or always do the same thing. We already have new ideas and strategies that we want to develop next year,” said Claudia Urquieta. Fourteen years of work and a radical reinvention prove that CIPER is the example of a media outlet that never stays still.